Fast Food in the 21st Century: Will the Custom-Made Burrito Crush the Golden Arches? 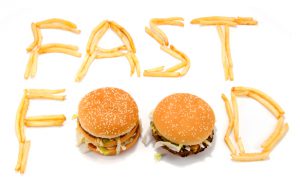 Meanwhile, chains such as Chipotle have expanded. With its simple menu and straightforward pricing, Chipotle allows customers to see how the food is made and exactly what they’re getting. This helps customers look beyond the price and see the value of better food. Consequently, they are willing to pay up to twice as much.

Gagliardi (2015) speculated that consumers may be ready to give McDonald’s another chance after a successful 2015 Super Bowl ad. However, Gagliardi also acknowledges that incoming CEO Steve Easterbrook has a big job to do. Easterbrook faces a problem of market differentiation. Colt (2015) cites a quote from Thompson that indicates McDonald’s is trying to be everything to everyone: “If anything, I think McDonald’s will be more and more and more, and not just this type restaurant or that type, but a restaurant that’s trying to satisfy diverse needs.”