The Day after Tomorrow: Impact of Global Warming on Society

Evidences such as increasing sea levels and melting glaciers, it can be noted that global warming has increased over the past century. Global warming can be defined as the increase in temperature of the atmosphere of the earth (Oxlade, 2003). It is brought about by gases that are trapped within the earth’s atmosphere coming from industrial activities and motor vehicle emissions and other activities that involve burning fossil fuels. Global warming has so many effects and is impacting negatively on the society in many ways. 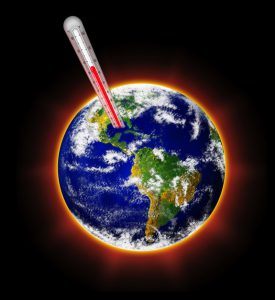 The society thrives when their surroundings are favourable for living. On economic sense, Agriculture, Wild life and tourism activities will be affected by increased temperatures in the globe. Productivity and ability of the society is directly affected. Secondly, human and animal health together with thriving of plants species are affected by global warming. These are brought about by such things as desertification and increased sea levels. Finally, global warming can be catastrophic by way of storms and other sudden extreme whether like hurricanes and tornadoes (Oxlade, 2003).

In light of the above, global warming will have a lot of impacts on the society. Some impacts has already been felt to show that the impacts named above are imminent. Efforts have to be put to arrest the situation.