According to Cowan, R. (1990), nuclear power involves the use of nuclear energy to generate heat which is usually used in steam turbines to produce electricity. In as much as nuclear power has advantages, there are several demerits associated with the nuclear power. 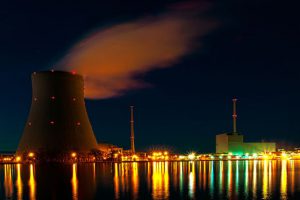 construction of nuclear plants take between five to ten years and requires very costly machinery which can not be easily afforded. The fact that the plants are expensive to construct makes other sources of energy such as dams more attractive.

Nonrenewability of nuclear energy is yet another disadvantage. Nuclear power uses uranium which is very rare to find. Uranium is greatly hazardous and scarce making it be termed as nonrenewable and as to such, the raw material contaminates the environment.

Finally, nuclear power leaves behind radioactive wastes. The radioactive wastes are harmful since they contaminate the environment. The wastes contain isotopes which are stored in the atmosphere in many forms and ultimately settle on land or water. Since the chemical contents of the wastes react with water, the wastes, therefore, cause mixed water which proves quite harmful to the aquatic life. At the same time, if the wastes find a space on land, human life is exposed to the danger of inhaling chemicals which may ultimately cause complications (McCormick, N. J. 1981).