Should government intervene in the rights of family planning

A publication by The Borgen Project indicates that, the population of the world’s 48 poorest countries will double from 850 million in 2010 to about 1.7 billion in 2050. However, when the matter is concerning family planning, it usually pertain all the decisions of every couple concerning the number of children they should have in the family. But for the sake of overpopulation, I think the government should intervene in the rights governing planning (Cannon, 2000). 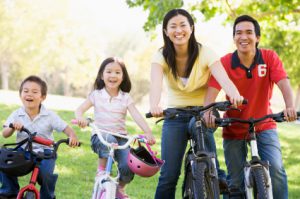 Most studies by Demographers indicate that overpopulation generally lags behind a nation’s progress. For this case, the governments right to control and plan families will be of positive impact to the progress of the nation. The government should thus determine the number of children a couple should have and this way, the government will have a population that can be able to serve the needs of the nation effectively. In china for instance, there was introduction of one-child per family policy in 1979 and as a result, china has evolved to have the biggest economy in the world (Cannon, 2000).

On a contrary reasoning, I think the government shouldn’t intervene in issues matters that touch families. A step to intervene family matters in my thought conflicts rights of privacy and instead, couples should have all the rights to make decisions concerning their affairs in a way suitable to them. However, there might be occurred a misleading decisions in the case where the couples are either poor or not well educated. As a result, the government should create awareness on the negative influences of overpopulation.

In summary, overpopulation is a setback to the progress of most countries. It is therefore a contributor to poverty. As it is an issue impacting a countries’ economy, the governments should therefore have the right to intervene on the rights of family planning but also considering not going against human rights.